This week is national Volunteers’ Week, a UK-wide campaign running from 1st – 7th June, organised by the National Council for Voluntary Organisations (NCVO).  The aim of the week is to champion the 20 million volunteers who give their time willingly each year, highlighting the significance of their contribution.  Volunteers put £22.6bn into the UK economy every year and are vital to the work of charities and not-for-profit organisations across the country.

Racing Welfare is hugely fortunate to have a roster of dedicated volunteers to its name who assist us in variety of ways throughout the UK.  Our volunteers devote their time across the full spectrum of our fundraising events and welfare services and are absolutely key to our success.  Volunteers’ Week aims to thank all those who assist organisations and charities to carry out their work day to day, and the NCVO is leading a social media campaign following the theme of ‘volunteering for all’ to raise the profile of volunteering in the UK.

Racing Welfare’s volunteers are at the heart of what we do and their impact is felt in every facet of our work, from our ability to raise the £2.4m we need to operate each year to helping at racing staff events and working with our regional welfare teams.  To mark this special week in the year, we would like to introduce you to two of our volunteers who give so much to us each year. 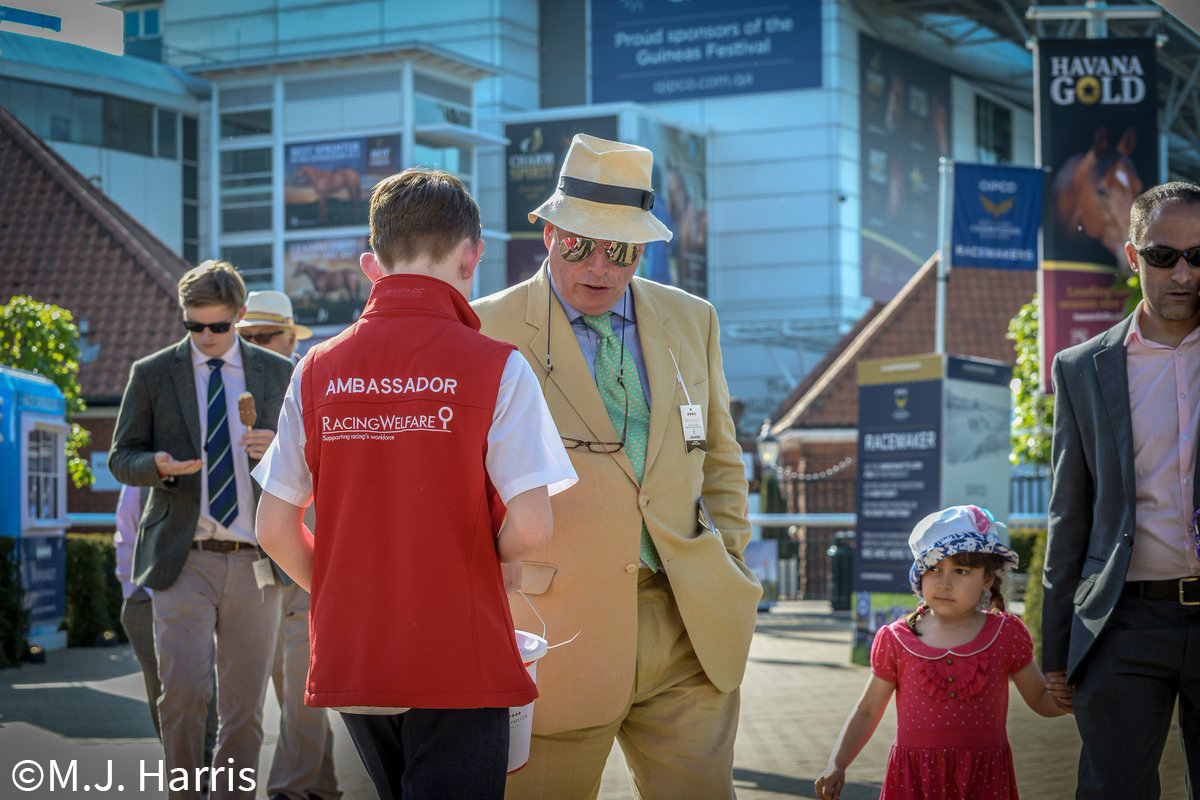 Jack Lander is one of our most active and dedicated volunteers, having quite literally set out on a journey with us in 2015 when he walked from Stratford Racecourse to Oaksey House in Lambourn.  His 56 mile trek saw him raise £13,700 for Racing Welfare and the Injured Jockey’s Fund (IJF), a truly remarkable feat which captured the hearts and minds of the racing fraternity.  Jack’s achievement was all the more extraordinary when you consider that he was only nine years old at the time.

Not one to rest on his laurels, July of last year saw Jack complete his challenge to walk from Newmarket’s Rowley Mile to Jack Berry House in Malton, North Yorkshire, a 172 mile journey which saw him raise a further £7,500 for the two charities and attract the support of the media and racing community alike.  Across these and all of his other fundraising efforts, Jack has raised around £32,000 for Racing Welfare and the IJF.

In addition to his marathon walks, 12 year old Jack is a regular at our charity racedays where he takes part in bucket collections and represents Racing Welfare in an official capacity as our youngest Ambassador.  Unwaveringly supported by his family, Jack is gearing up for his most ambitious challenge yet which will see him, his dad Darren and a team of fellow trekkers from the racing industry take on the ascent of Kilimanjaro in June 2019.  Horsing Around on Kilimanjaro 2019 will support four charities including Racing Welfare and is preceded by a fundraising ball on 19th July 2018 at Newbury Racecourse.

We asked Jack a bit about his association with Racing Welfare:

How did you come to be involved with Racing Welfare:  “I first heard about Racing Welfare from Richard Farquhar when I joined him on his Walking The Courses challenge.  I learned that Racing Welfare is there to look after everyone in the racing and stud industries and, as my sister works for Dan Skelton, this meant a lot to me.

Why do you volunteer:  “Volunteering and fundraising for Racing Welfare lets me give something back to racing.  I went to the Guineas meeting at Newmarket Racecourse when I was five years old with my family and have wanted to be a jockey ever since.  I just love racing and being involved with the charity lets me give to others what racing gives to me”. 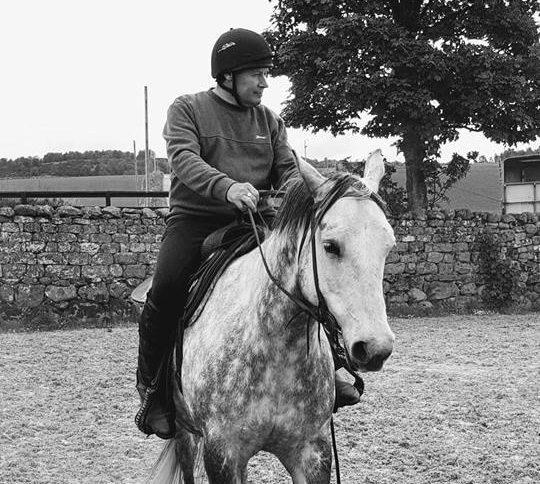 Paul is also a trained Mentor for the charity HorseBack UK, with whom he became associated after completing their residential course in 2017 through Racing Welfare.   As if he wasn’t enough of a superhero already, Paul is also a Medic and can be seen day-to-day working with ambulatory teams at racecourses in the north.

Sarah Monkman, Welfare Officer, said “Paul is one of those people who has worked hard and got on in racing and is still hugely involved and passionate about the industry.  He is very approachable, helpful, and is good fun to be around.  Those qualities combined with his background in racing make him a huge asset to us.  He is so unassuming and offers great support to the team up here in Malton.  He is basically everything we could want in a volunteer.”

We asked Paul to tell us about his work with Racing Welfare:

How did you first get involved with Racing Welfare:  “I first encountered Racing Welfare when I visited their stand on a raceday.  I found out what they were all about and it really resonated with me, so I signed up there and then to help out where I could”.

What makes you want to volunteer:  “I’ve spent a lifetime in racing and know it from both sides, having started out as a lad working on yards and then from the other side having trained in my own right for over 20 years.  I’ve seen the problems and struggles faced by my peers and my staff and I really appreciate the work that Racing Welfare does to help people in racing at all levels of the sport”.

Put simply, volunteers make our work possible and we are so grateful to everyone who helps us do what we do each year.   We are always happy to hear from anyone who would like to get involved giving their time to us – find out more information about volunteering for Racing Welfare here .