From 12 noon on 16th July – 12 noon on 17th July, some 81 cyclists took on a gruelling 24hr challenge in a bid to raise vital funds for racing’s human welfare charity, Racing Welfare. Split into 20 teams, the cyclists took it in turns to ride 30km loops from Cheltenham racecourse, with at least two riding from each team at any one time.

The total amount raised by the event is set to top £100,000 for Racing Welfare, with the cyclists’ fundraised income further boosted by the generosity of key event sponsors Unibet, Racehorse Lotto, The Jockey Club and Tattersalls. Well beyond the £60,000 target, that figure will have a huge impact, and could cover the cost of employing a welfare team in one of the charity’s four regions for a whole year, providing direct on-the-ground support to racing’s people.

Alice Campbell rode as part of Team Racing Welfare, having had first-hand experience of their support. She said:

I’ve worked in National Hunt racing for nearly 20 years and am currently working for Nigel Twiston-Davies. I entered the cycle challenge because Racing Welfare helped me get back to full fitness after breaking my leg and rupturing my PCL ligament and wanted to give something back.

Remarkably, all competitors who went under starters orders completed the herculean challenge, toughing it out for the entire 24 hours – a testament to their training, determination and commitment to the cause.

Collectively the cyclists amassed a total of 644 laps and a staggering 12,313km. The most laps (57) were recorded by The Menorahs – a highly competitive team consisting of Rhys Flint, Harry Skelton, Tom Danter and Richard Johnson.

No stranger to the winners enclosure at Cheltenham, the four-time champion jockey told Sky Sports Racing on completion:

“I’m not a regular cyclist and some of the hills around the Cotswold area are quite steep and it was quite hard work, but it’s for a fantastic cause and Racing Welfare help so many people so it’s just nice to all be involved. It has been a great atmosphere for 24 hours and I think everyone’s rallied and kept everyone going… There’s one hill called Ham Hill which is apparently quite famed to a cyclist and I will never see that hill again!”

Chief Executive at Racing Welfare, Dawn Goodfellow said: “Wow! I’m completely in awe of every single one of our cyclists who overcame the hills, the heat and the lack of sleep for Racing Welfare. It was truly inspirational to see some 81 individuals from all corners of the industry come together with a common goal of raising money to help us support racing’s people. We owe a huge thank you to all those who took part, as well as those who supported in a myriad of other ways, from donating, to volunteering – and of course to our generous event sponsors without whom the event would not be possible. Thanks also to The Jockey Club for not only being one of those key sponsors, but kindly donating the use of Cheltenham racecourse for the duration, and Jockey Club Catering for ensuring our cyclists were so well fuelled for the challenge.”

Anyone wishing to support the challenge can still do so by texting GRWC and the amount you wish to donate to 70450 (eg. GRWC5 GRWC10 GRWC50 etc), or by bidding on ‘money can’t buy’ donated auction lots at bit.ly/CycleAuction before 5pm on Friday 22nd July. 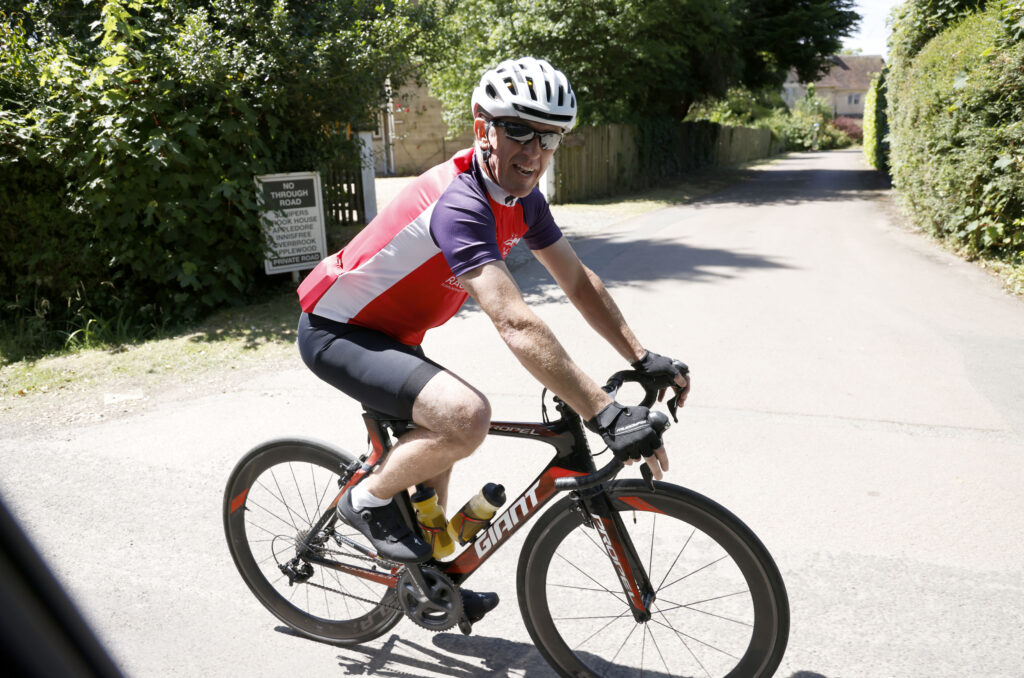 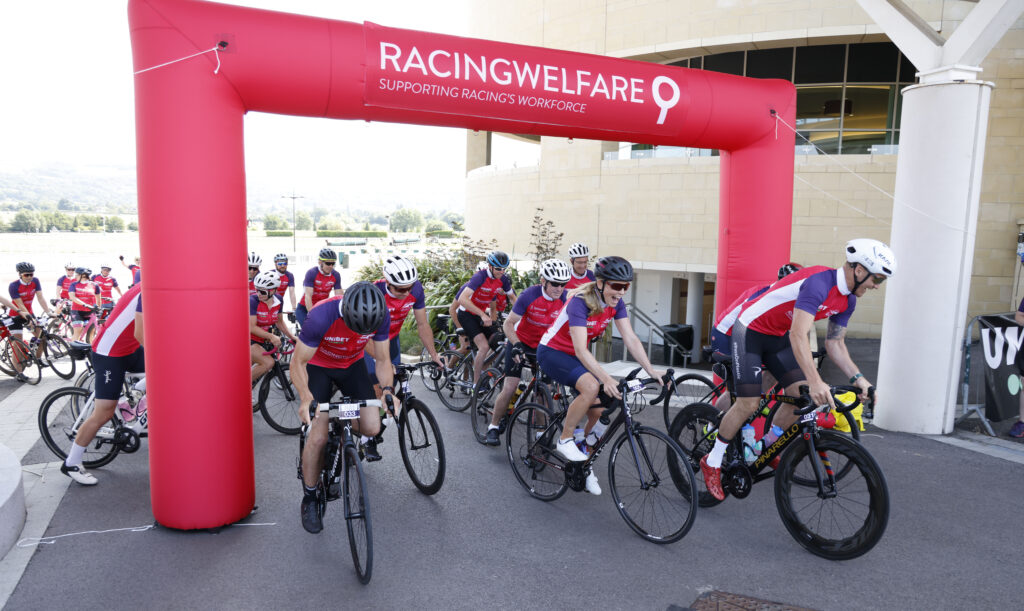 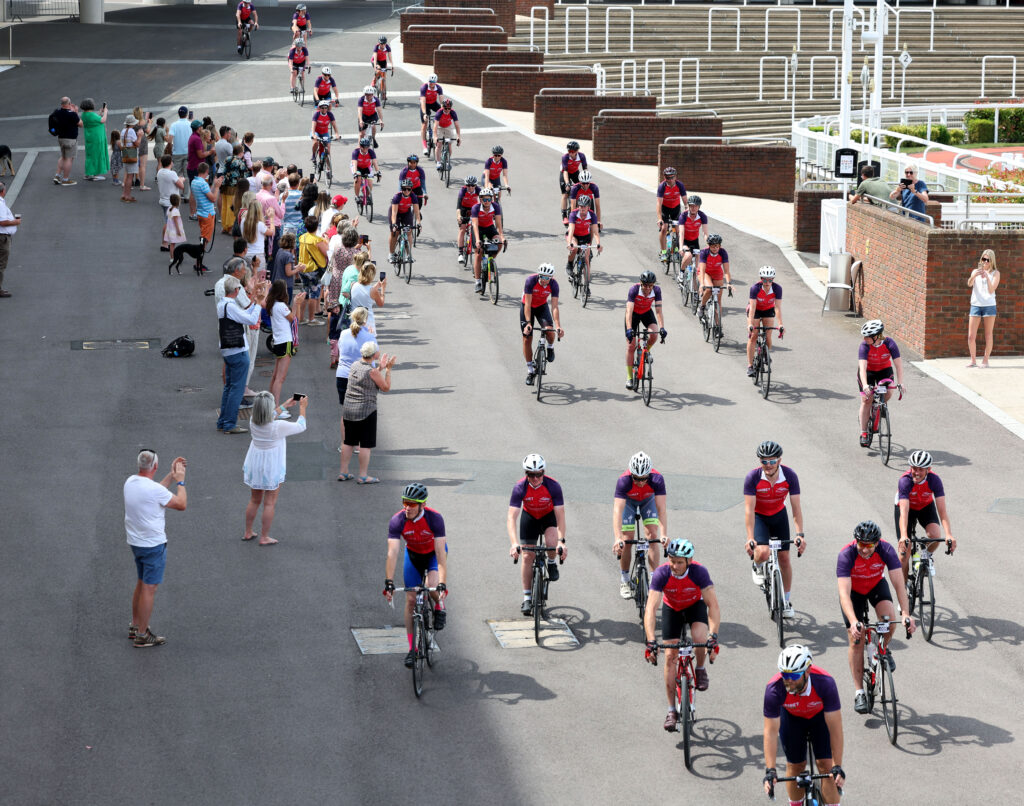 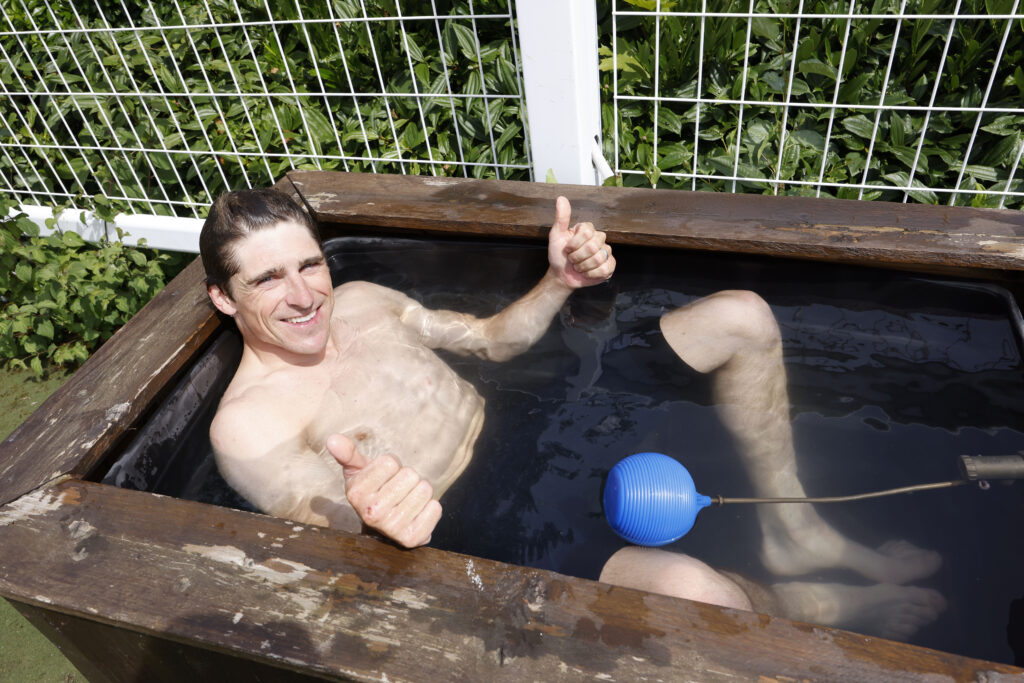 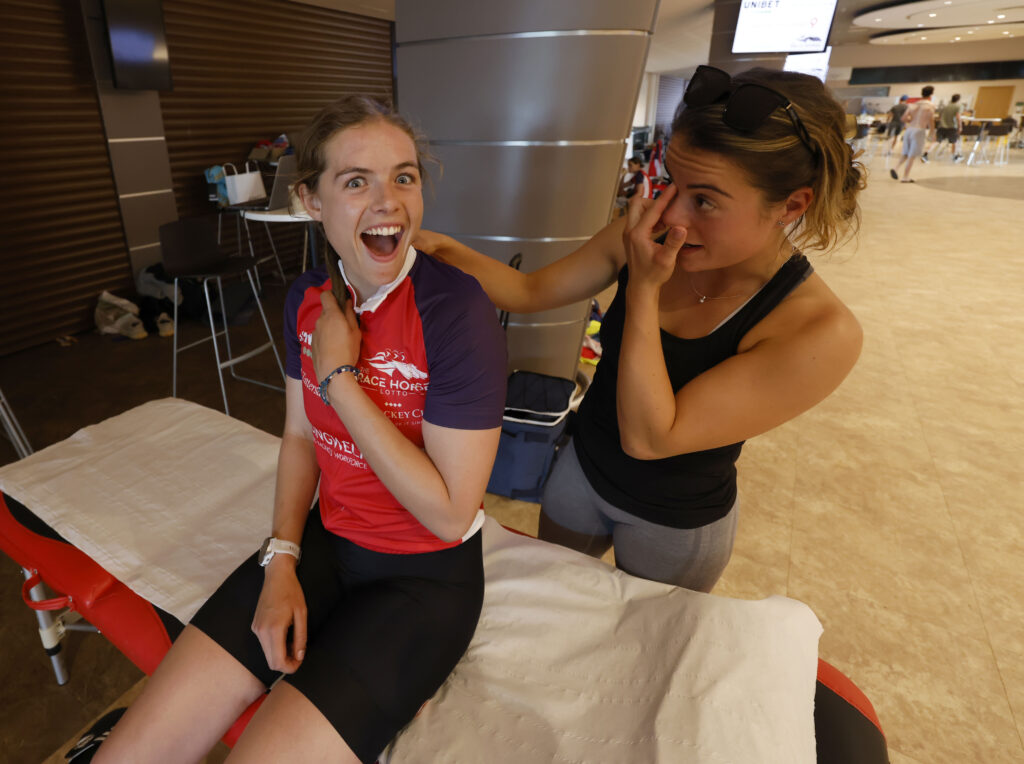 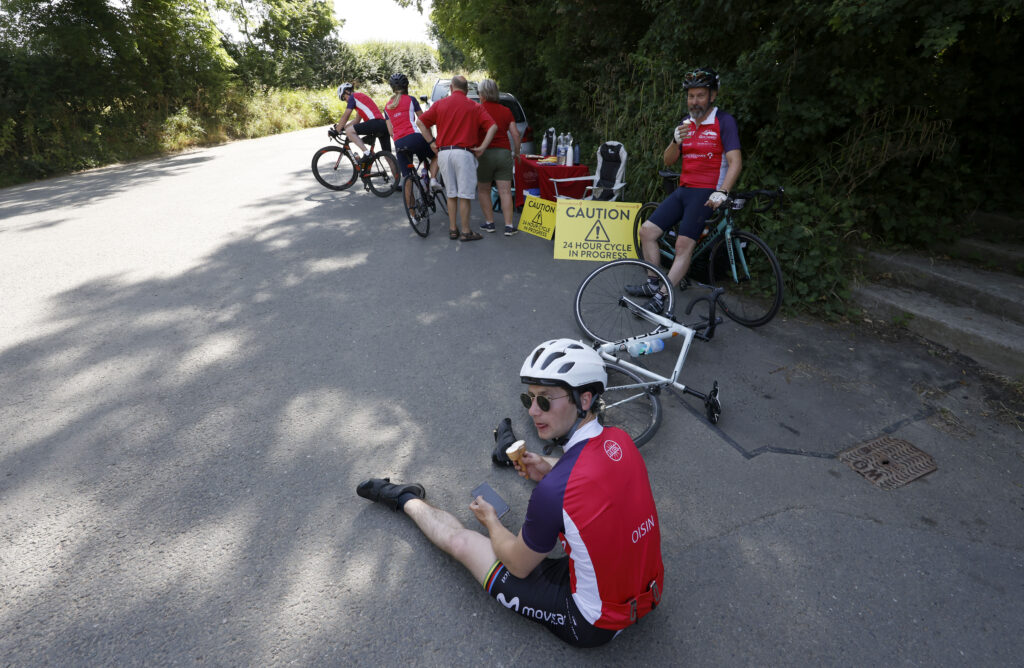 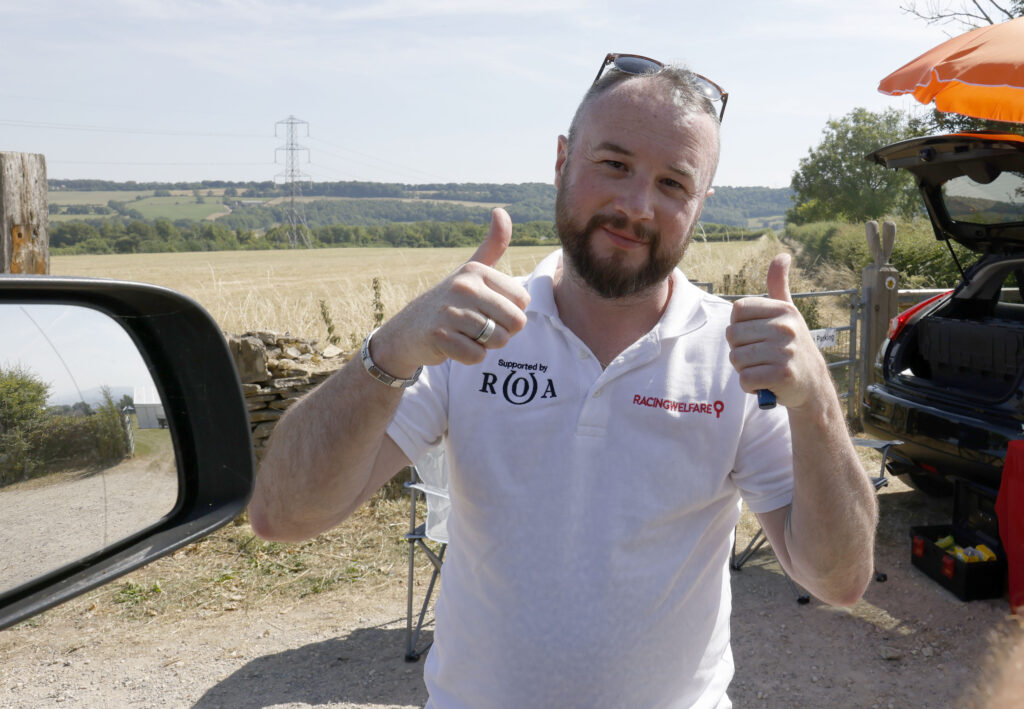 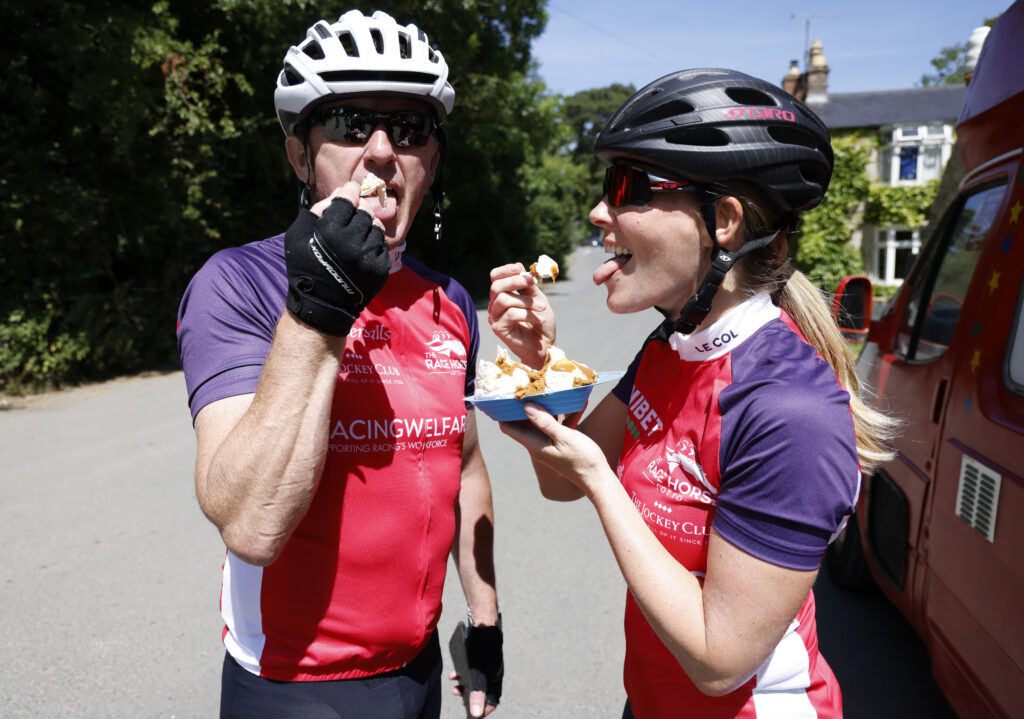 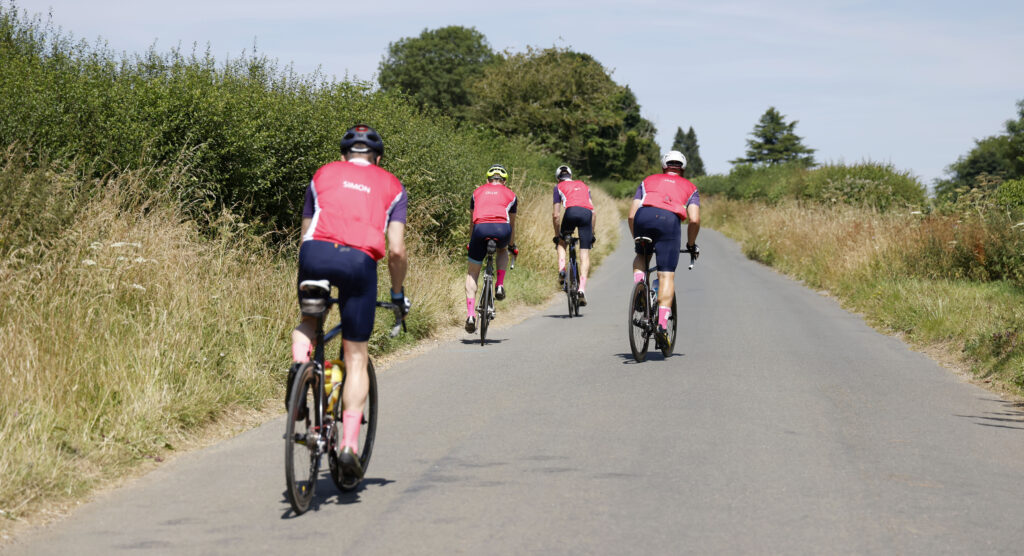 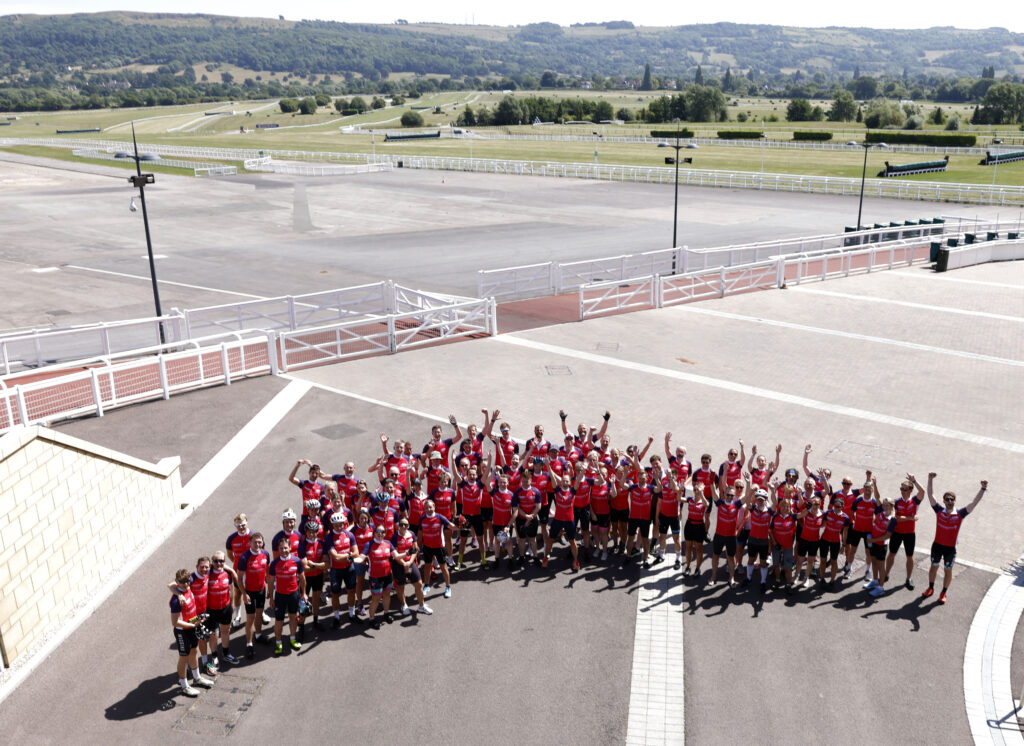 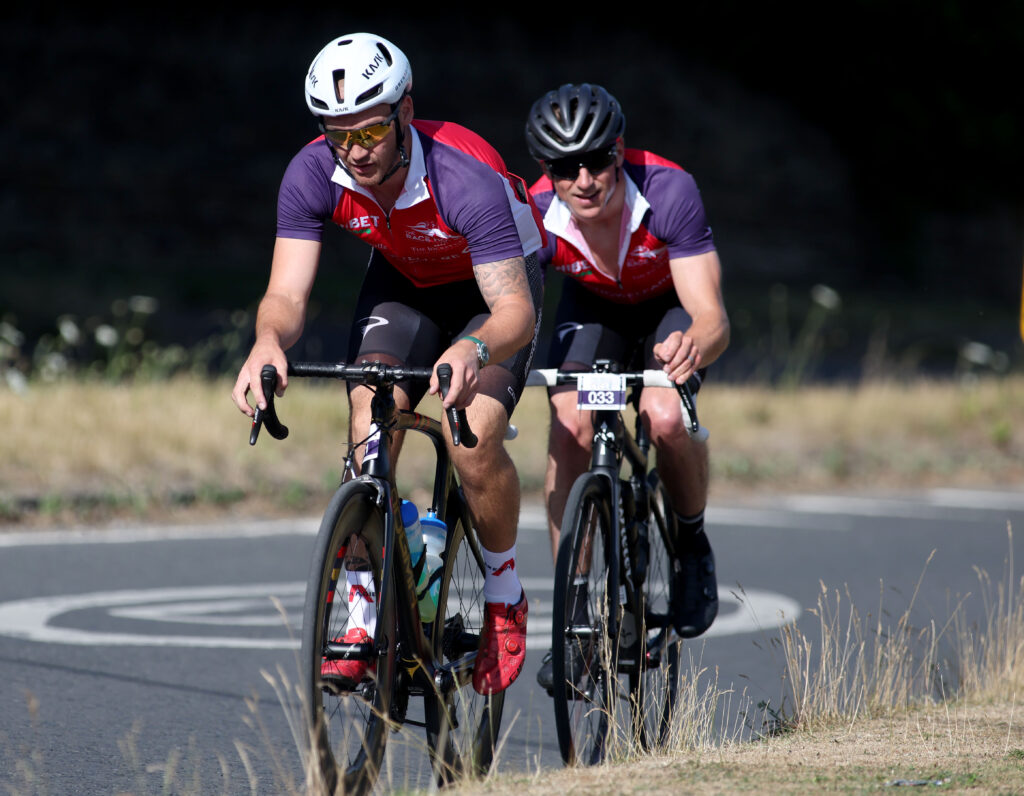 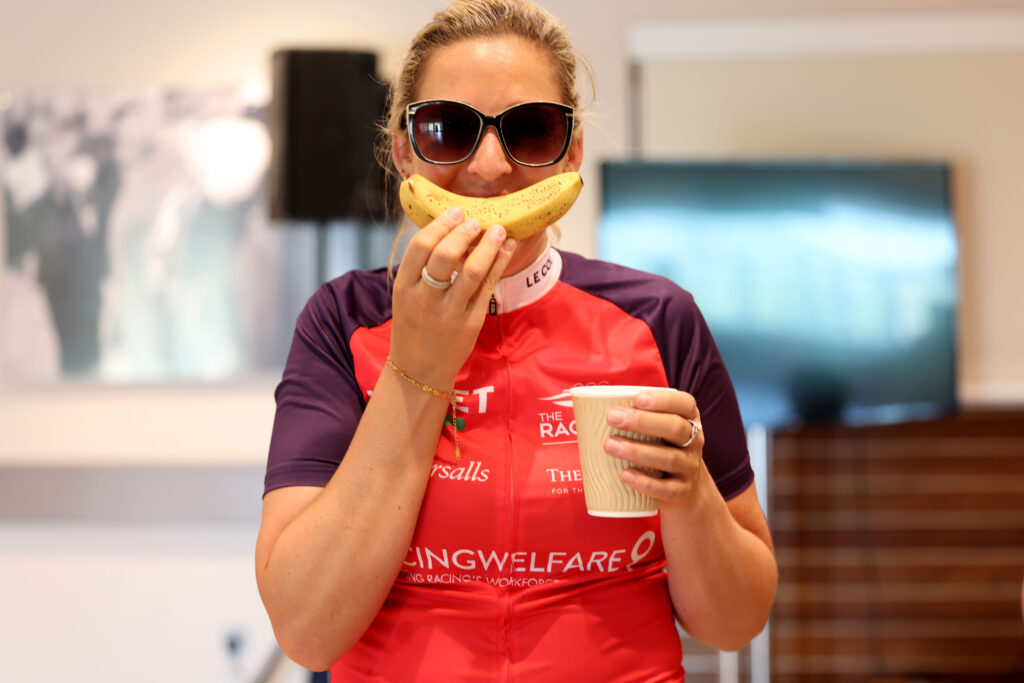 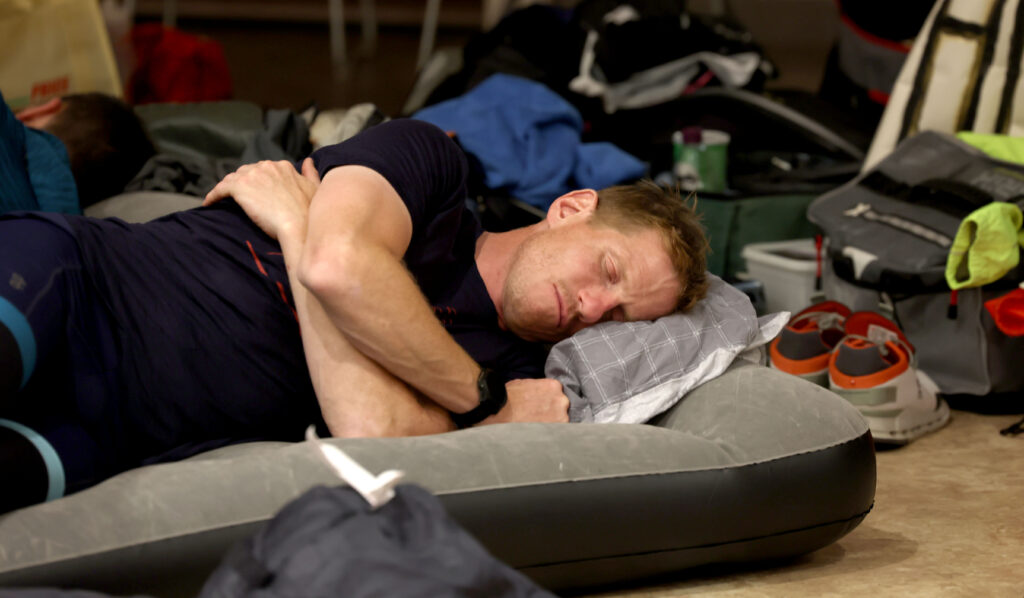 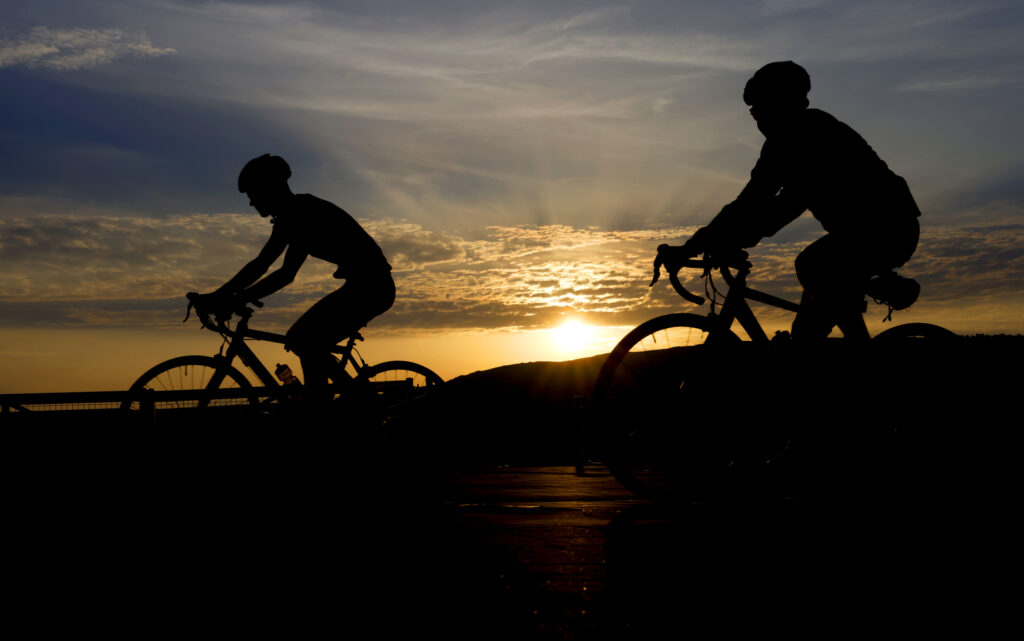 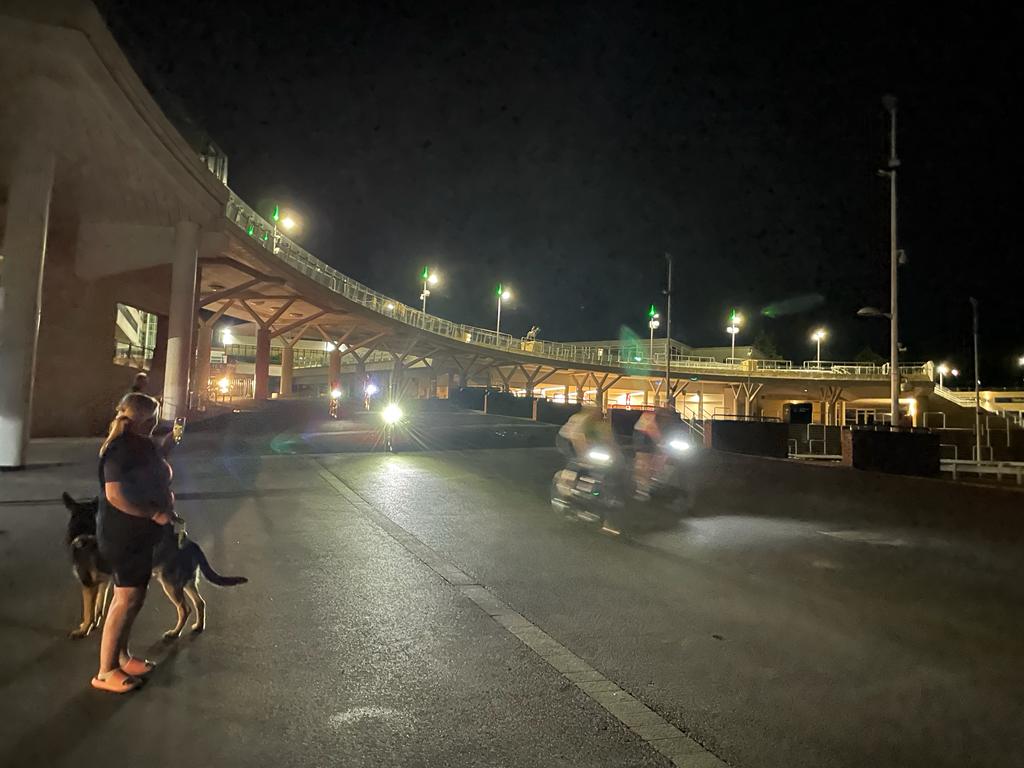 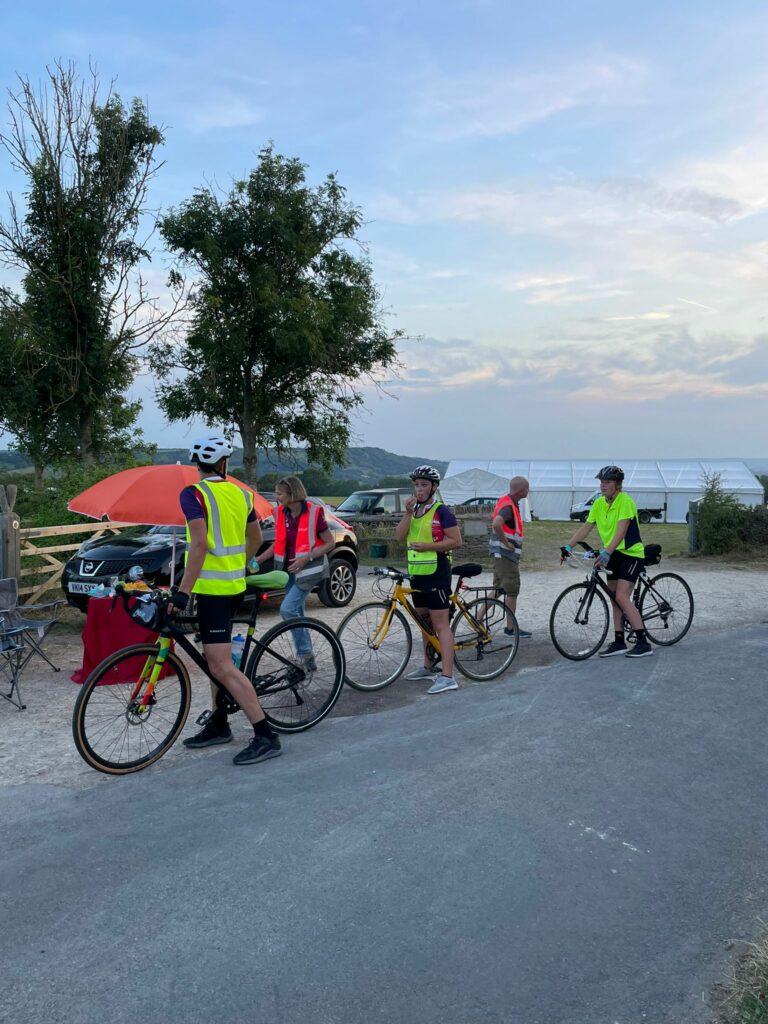