What are the driving forces behind completing the gruelling 26 miles of the London Marathon? Robbie Ferguson is counting on excitement and high emotion rather than athleticism to drive him through his inaugural attempt at one of the UK’s toughest challenges. 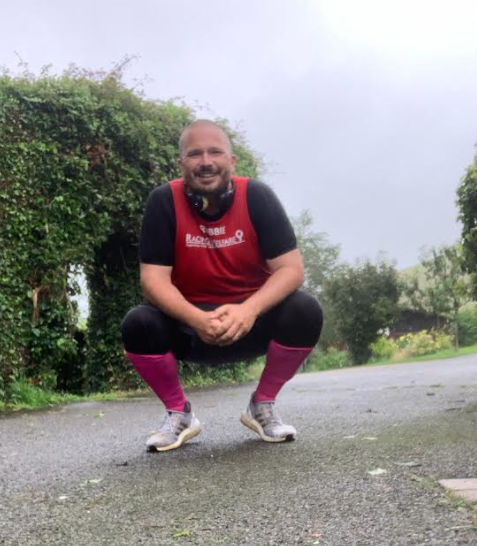 Part of a tight-knit family who are heavily involved in racing, Robbie has endured times of great sadness which have been soothed by strong support from racing charities.

Robbie’s sister Jenny had a promising career ahead of her as a jockey before experiencing a life-changing fall when her horse was brought down in a five-furlong sprint race on firm ground. She suffered three brain haemorrhages and was left with 30% permanent brain damage. He says:

Jenny now has a career riding work in Dubai but she would not have that career or that future without racing charities including Racing Welfare that supported her so I wanted to give back to the charity that really gave my sister a future. To follow on from that, my sister Katy works for Racing Welfare and decided to dedicate her life to it based on what the charity did. It was also a huge part of something my dad supported and he passed away in June of this year after a short battle with cancer. I’m doing it for him as well because he was always so grateful for what the charities did for Jenny.

“I’ve never done anything like the marathon before, I survived the 19-mile training run and now I’m just excited, I know I’m not about to set the world on fire with my time but I know I can enjoy the occasion now.

“It’s something that has given me an outlet and I’m in the race more on emotion than skill, physicality or athleticism. I have lots of music that reminds me of my kids and my dad.

Robbie has channelled the emotional shock and grief caused by his dad’s death into fundraising for charity:

“It was such a shocking death, it came out of nowhere. He was diagnosed and within two and a half weeks he was dead. We saw in that two and a half weeks how quickly he declined and this has given me the motivation to run the race in his honour. We also raised £3,000 for Racing Welfare prior to his funeral.

Robbie’s sister Katy works as a Welfare Officer at Racing Welfare and it was the support her sister Jenny received that inspired her to take up the role:

“When my sister received support from racing charities, it really opened my eyes to what was out there. I realised there are so many people going through something similar who don’t have anyone to look after them.

“If you looked at Jenny you wouldn’t know about the brain damage but it affects her personality, decision making, organisational skills and retaining and learning new information. She’s someone that will need supporting for the rest of her life.” 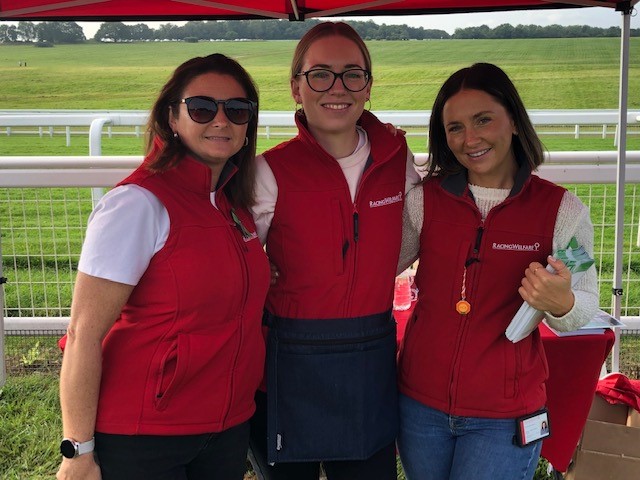 Katy has great admiration for Robbie and his huge efforts as well as his ability to achieve something positive following the emotional turmoil the family has faced together:

I feel so proud of my brother for running the London marathon especially for someone who is not particularly an active person! It has given him a bit of focus and a purpose. He’s doing something that he knows will make dad proud as well. I’ve learned that everything is out of your control. It’s a feel-good thing knowing you are helping others and that you have achieved something good out of a horrible situation.

If you would like to support Robbie and Racing Welfare, you can donate here.